About 66 million years ago, a volcanic eruption created the canvas for the astonishing piece of rock-cut architecture in India. This island of basalt rock was later turned into what is now known as The Elephanta Island- a baffling cave city of marvellous rock painting, carvings and inscriptions.

Being one of the oldest heritage sites, the uniqueness of the Elephanta Island makes it one of the busiest tourist attraction of amchi Mumbai. It is located at 10 km from the eastern side of Mumbai. The caves on the island date back to 5th century BC and were declared a UNESCO World Heritage site in 1987.

The ancient name of the island was Gharapuri which is made of two words Ghara (priests) & Puri (Island) meaning ‘island of priests’. The prevalent legends and tales recited by different guides are conflicting because some say that the Brahmins (Hindu Priests) were the first residents of the Island which is supported by the temple caves. While others believe that the caves were built by Pandavas and Banasura, a demon devotee of Shiva, the origin of the caves is still a matter of debate among historians.

Interestingly enough, apart from the Hindu caves, the island also has Buddhist caves which belong to a much older era, dating back to as early as 2nd century BC.

The island was named Elephanta (morphed from Elefante) when the colonial Portuguese saw a rock-cut statue of Elephant on the island. That statue is now on display in Dr Bhau Daji Lad Museum, Mumbai. Unfortunately, before the implementation of conservation and preservation programs, the caves were severely vandalized by the first European travellers. A lot of damage to the sculptures attributes to the Portuguese soldiers who used to target sculptures for shooting practice.

The caves are divided into two groups: Western (Hindu) and Eastern (Buddhist) caves.

The western hill is where you enter the island. This group is the larger one and has five caves of rock-cut sculptures, all dedicated to Lord Shiva. The caves bore rock paintings, only traces of which are visible now.

Cave 1
Cave one is identified as the most important site. Before the arrival of Portuguese, it was a place of worship for the Hindus. This complex is supported by 36 pillars and consists of several chambers, courtyards and temples. The sculptures and carvings here enunciate several forms of Shiva. The prime jewel of the island is the ‘Sadashiv/Maheshmurti’ sculpture. This iconic 7-meter high sculpture represents three aspects of Shiva: the Creator, the Preserver, and the Destroyer. The left half represents Aghora (holds a snake symbolizing destroyer), the middle full face is Taptapurusha (holds a fruit symbolizing the preserver), and the right half represents Vamadeva/Uma (the famine side, symbolizing the creation of life).
This image is regarded as the highest watermark of sculptural art of medieval India.
Along with this, the locals perform rituals every morning in the shrine housing a Shivalinga. 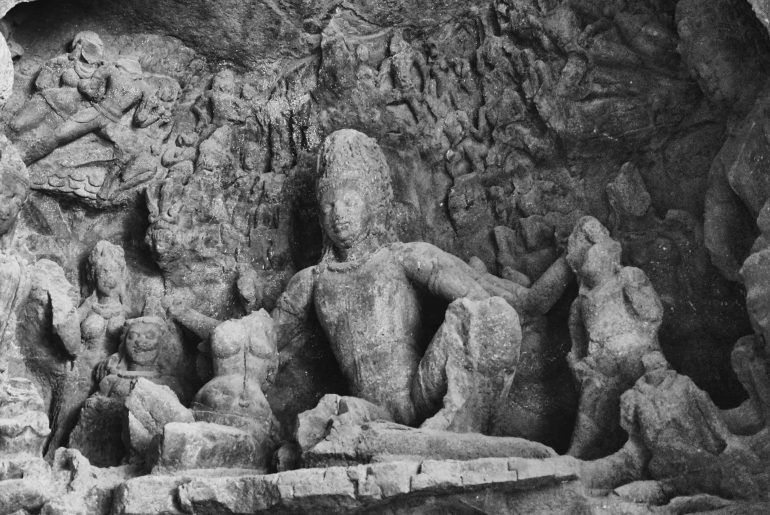 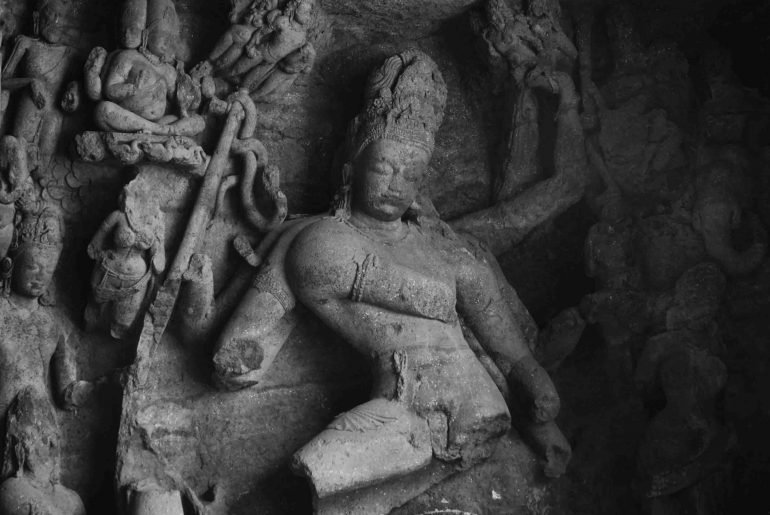 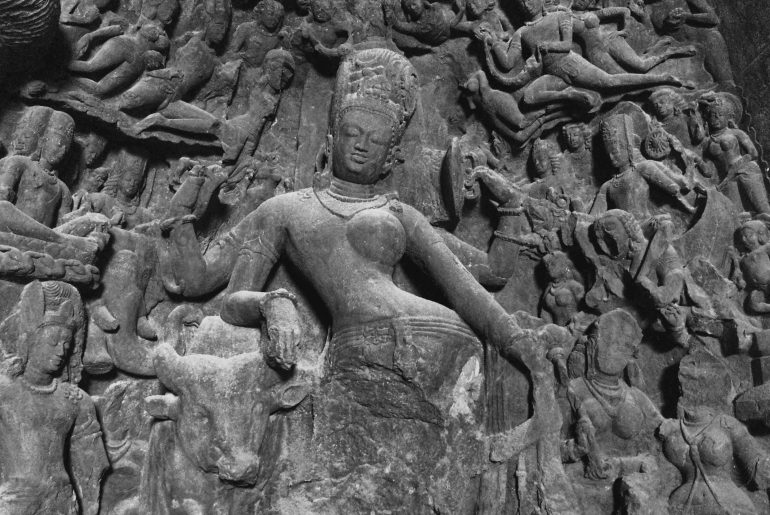 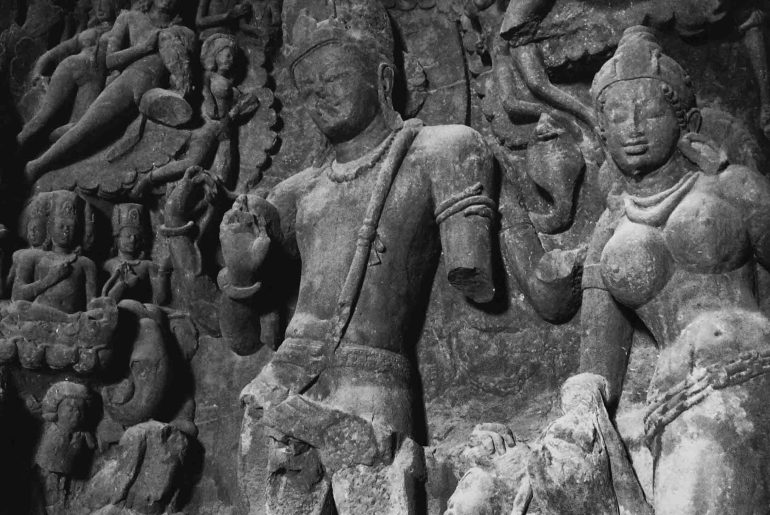 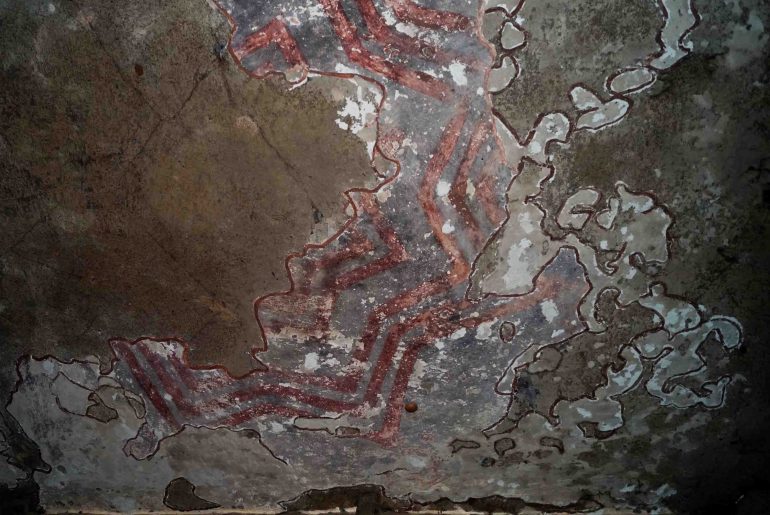 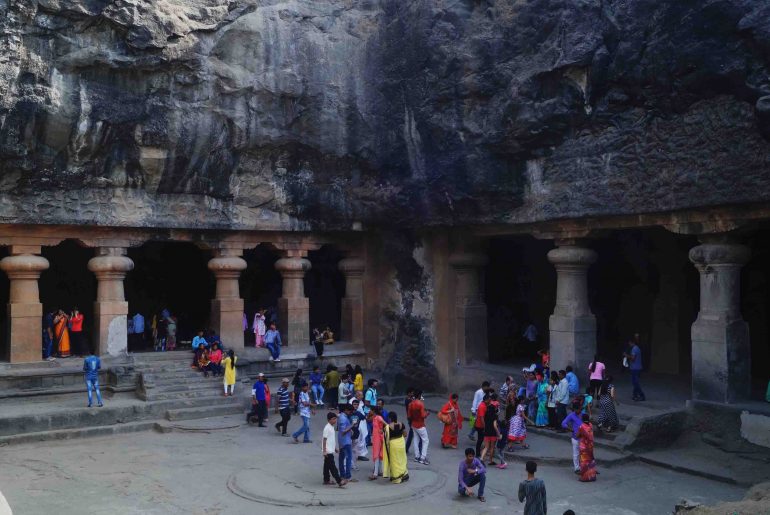 Caves 2, 3 and 4 are mostly empty with little or no prominent artwork. There is another cave at the far end of the western hill named cave 5 but there are no sculptures or ruins there.

There is also an old cannon which was put by the Portuguese at the highest point of the hill, now called Cannon Hill.

The Eastern hill is dedicated to the Buddhist monuments. There is a group of two caves one of which is incomplete and the other has a Stupa. 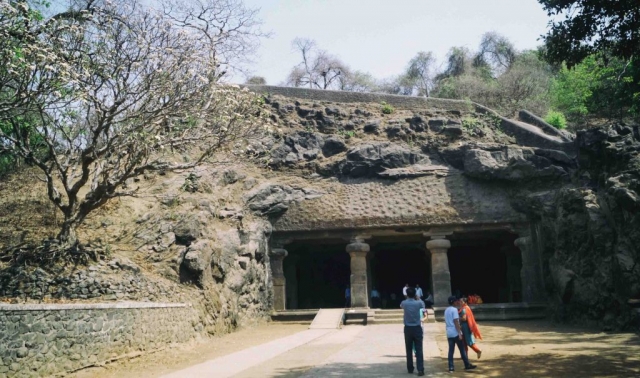 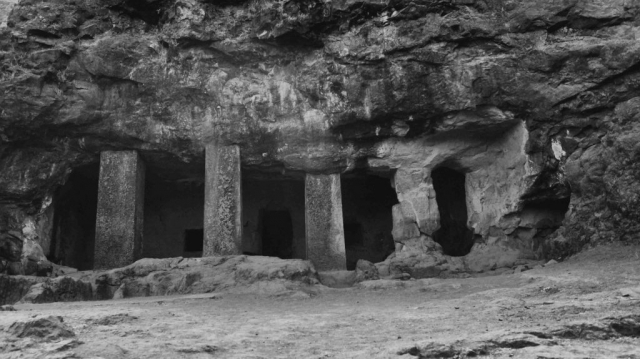 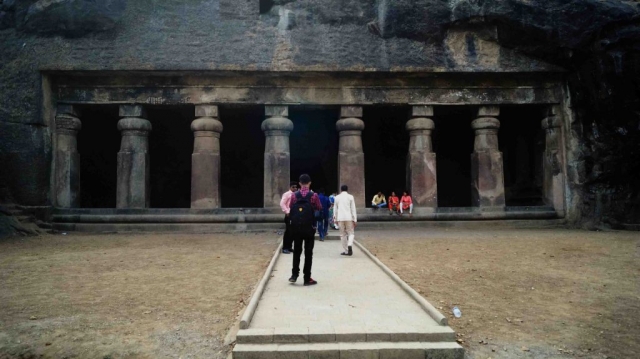 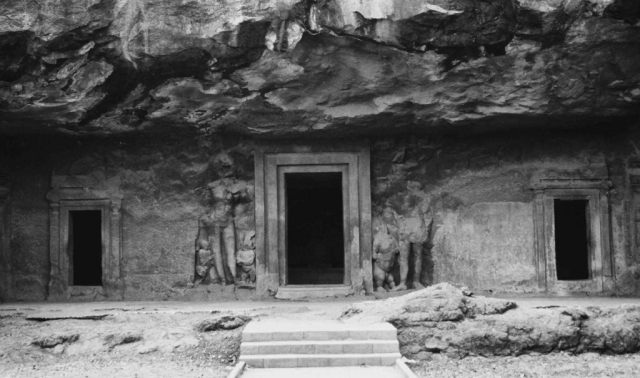 To reach Elephanta Island, you have to get to Gateway of India which is another major landmark in Mumbai.
To the left of the Gateway of India, there is a counter from where you’ll get a return ticket for the ferry (INR 150). A small payment of INR 10 can give you a seat on the upper deck which is totally worth for the luxury of a panoramic view and lesser crowd & noise.

Boat Timings: The first boat leaves Gateway of India ferry point at 9 am.
The frequency of the boat is one in every half an hour
The first return boat from Elephanta Island is at 12:00 am. The last return boat is at 5:30 pm.

It takes about an hour to reach the island. The ferry will leave you at the jetty from where the caves are about a kilometre away. A toy train runs from the jetty to the base of the hill (INR 10). Since it was very crowded when I was there, I walked along the pier. This leads to the entrance of Gharapuri village from where you have to climb 120 steps to reach the plateau where the caves are located.

There is a security gate at the end of the pier where you are supposed to pay the entrance tax which is INR 10.

The steps are lined with small shops where you can buy different artefacts and handicrafts made by the locals. There are also a few restaurants on the way to grab a bite.

While walking in those caves I couldn’t help but wonder how magnificent the sculptures and the paintings must be when they were first made centuries ago. These caves are a symbol of our rich artistic tradition and architectural innovation. As Jawaharlal Nehru has aptly mentioned in his book ‘The Discovery of India’ –

It is not some secret doctrine or esoteric knowledge that has kept India vital and going through these long ages, but a tender humanity, a varied and tolerant culture and a deep understanding of life and its mysterious ways. Her abundant vitality flows out from age to age in her magnificent literature and art, though we have only a small part of it with us and much lies hidden or has been destroyed by nature or man’s vandalism. The Trimurti in the Elephanta caves might well be the many-faced statue of India itself, powerful, with compelling eyes, full of deep knowledge and understanding, looking down upon us.”