“The maize shoots are blooming! Hail Lord Raghunath, the monsoon is coming!”
Prayers the devotees of Chamba, as they see the dusky sky filling up with grey clouds. Monsoon brings ample of joy to the people of India; but for people of Chamba, it’s a sign of a whole other level of extravaganza altogether.

Chamba, an ancient town of Himachal Pradesh, celebrates the annual harvest with the Minjar Festival – a week-long celebration of Chamba’s culture, art and traditions.

The Valley of Chamba

Located in the foothills of north-western Himalayas, this valley has a rich heritage of ancient temples, art and handicrafts. Snuggled over a plateau by the river Ravi, Chamba is surrounded by snow-clad mountains.

The history of Chamba is painted with various folklores and beliefs. There are conflicting stories even to how it got its name. The city of Chamba was founded by King Sahil Burman in the year 920 AD. It is said that the city was named after King’s daughter Princess Champawati. Whereas many believe that the city got its name after the flower Champa. Over time, Champa became Chamba.

The valley was full of champa tree once but there are hardly any flowering champa trees left now. Nevertheless, Chamba still preserves its tranquil, quiet lifestyle.

The festival begins on the second Sunday of the month of Sawan (July/August). The celebration goes on for 8 days and concludes with a procession ceremony. The locals also call it ‘Savani Parb – Minjar’.

The festival fair is held at Chamba Chowgan, the prime jewel of Chamba. The greenfield of Chowgan, colourful stalls, and the overhanging monsoon clouds sets the background of the celebration. When I was invited by ‘Not On Map’ to become a part of the famous monsoon festival of Chamba – Minjar Festival, I had no idea I will be so overwhelmed by all that I was about to discover. 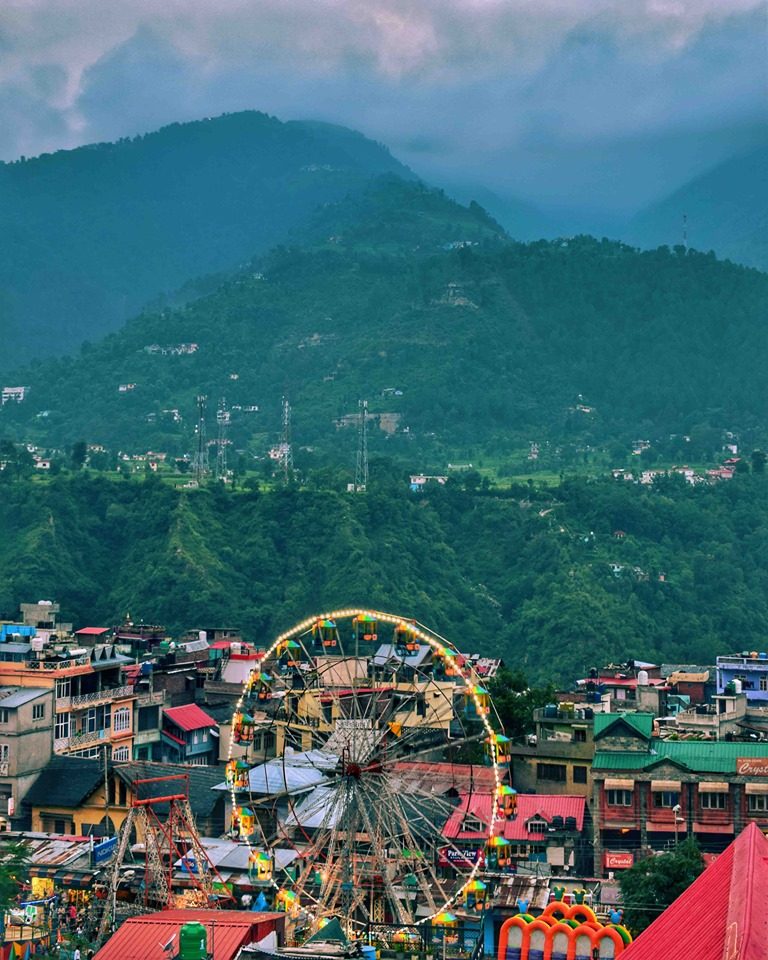 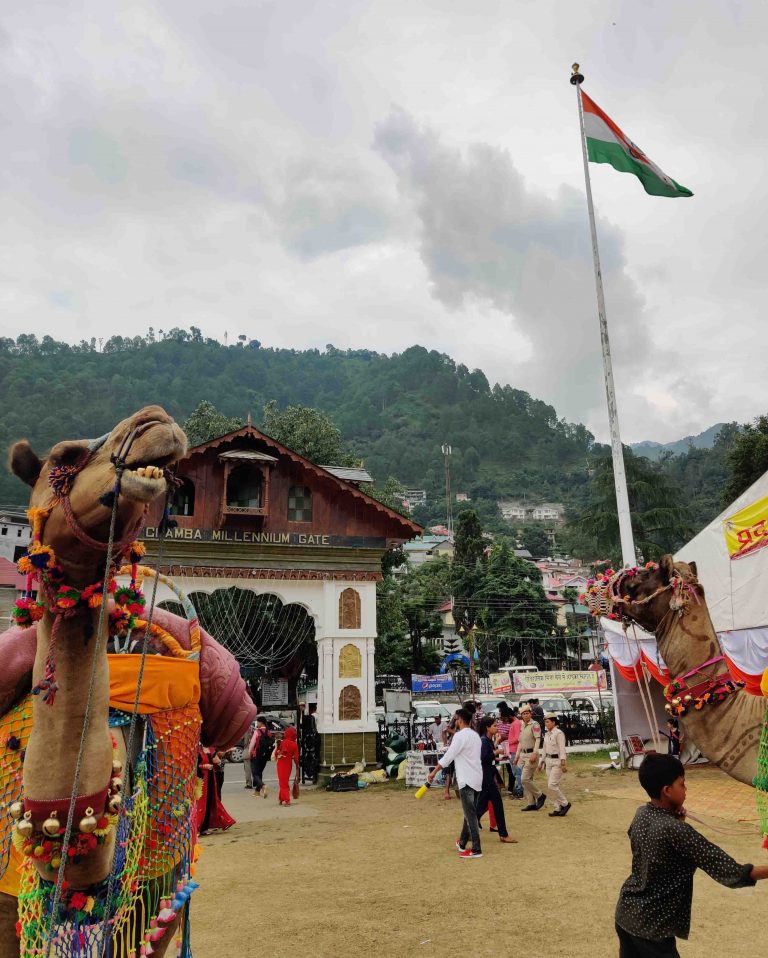 The beautiful view of Chowgan during Minjar Festival

I’m a sucker for folklore. And as most of such old traditions are, a variety of legends, beliefs, superstitions are associated with the origin & history of Minjar as well. Among many versions, some also connect it with Earth worship, which was so prevalent among the aborigines of the Himalayas.

As per the most widespread legend, Champawati temple and Hari Rai temple were the two main temples of the people of Chamba valley. River Ravi used to flow in between them and the devotees had to cross the river to go to the other with great difficulty. The people plead the King and the King sought the council of a great saint. The saint asked the King to assemble with his people at the Champawati temple where he conducted a seven-day long fire ceremony with his disciples. During the ceremony the saints prepared a cord of various colours known as Minjar. By the time the ceremony was over, the river Ravi had miraculously changed its course and the people could then easily visit both the temples. The name Minjar emerged from the cord spun by the saints.

According to another legend, in 935 AD, a great war was fought between the King of Chamba and the King of Kangra. The King of Chamba prevailed victoriously and upon his return, the people of the valley greeted him with shoots of paddy and maize, as a symbol of prosperity and happiness. To honor his people and celebrate his victory, the King announced a weeklong festival. From that day onward Minjar came to be celebrated every year.

Although the second version sounds more real, I would like to believe the first one better. (:

On the second Sunday of monsoon month, the main deity of Chamba, lord Raghubir and other temples of the town are decorated. People offer Minjar to lord Raghubir and then to each other. Minjar is the shoots of the maize. People get the replica of a maize shoot made with silk thread (of three, five or seven strings) and wear it on them for the entire duration of the festival.

On exactly the seventh day, the festival commences with an offering of the Minjar to river Ravi.  Lord Raghubir with a 100 other deities of Chamba are taken in a chariot which leads the procession. The procession starts from Akand Chandi Palace to Manjari Garden where people offer the Minjar consisting of a coconut, a coin, and a few saplings of the first harvest of the paddy tied in a piece of red cloth to the river Ravi.

Different artists from all the six tribes of the Chamba valley – Bhatiyat, Chambiyal, Churah, Gaddi, Gujjar & Pangi; gather, dressed in their traditional attire, to take part in the festivity. All the locals of Chamba come out of their homes to witness the procession and pay their respect to the deities. The procession is also accompanied by dance troupes, local deities, traditionally attired locals, tourists along with a marching contingent of the state police and home guard bands. Local artists sing the traditional ‘Kunjari’ and ‘Malha’ songs while dancing in the procession. People also offer betel leaves and perfumes to each other. 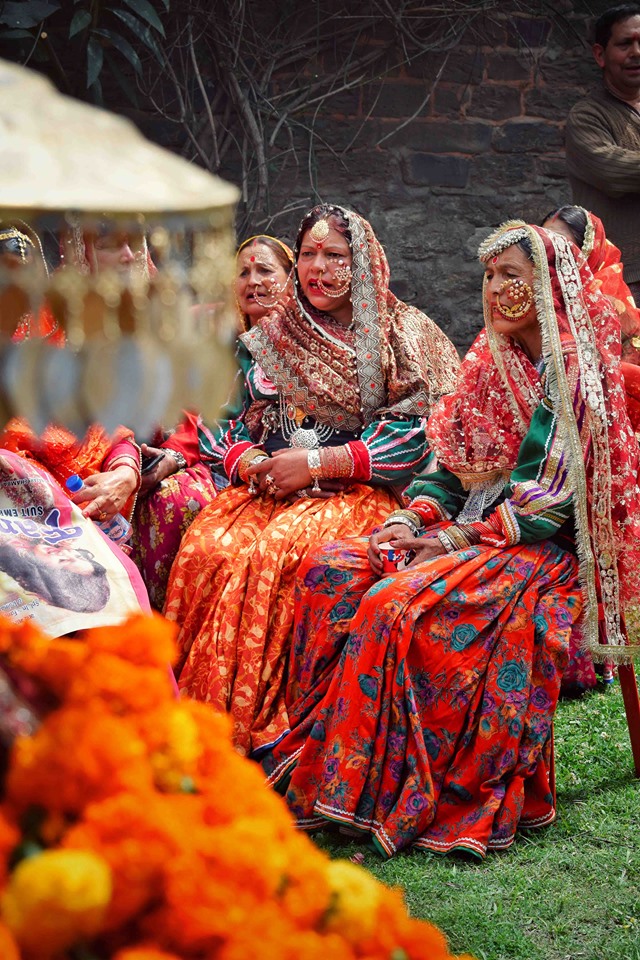 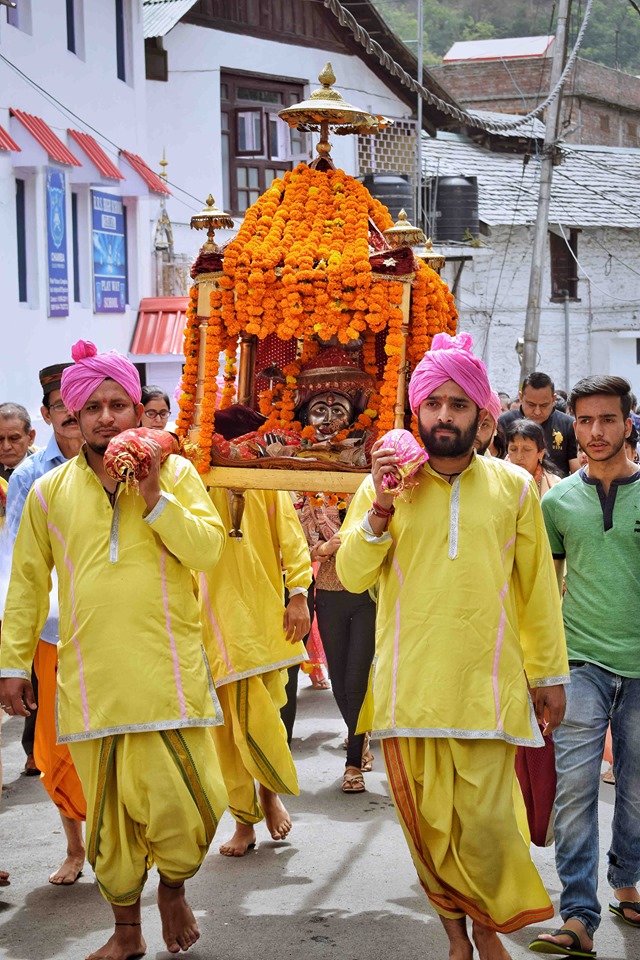 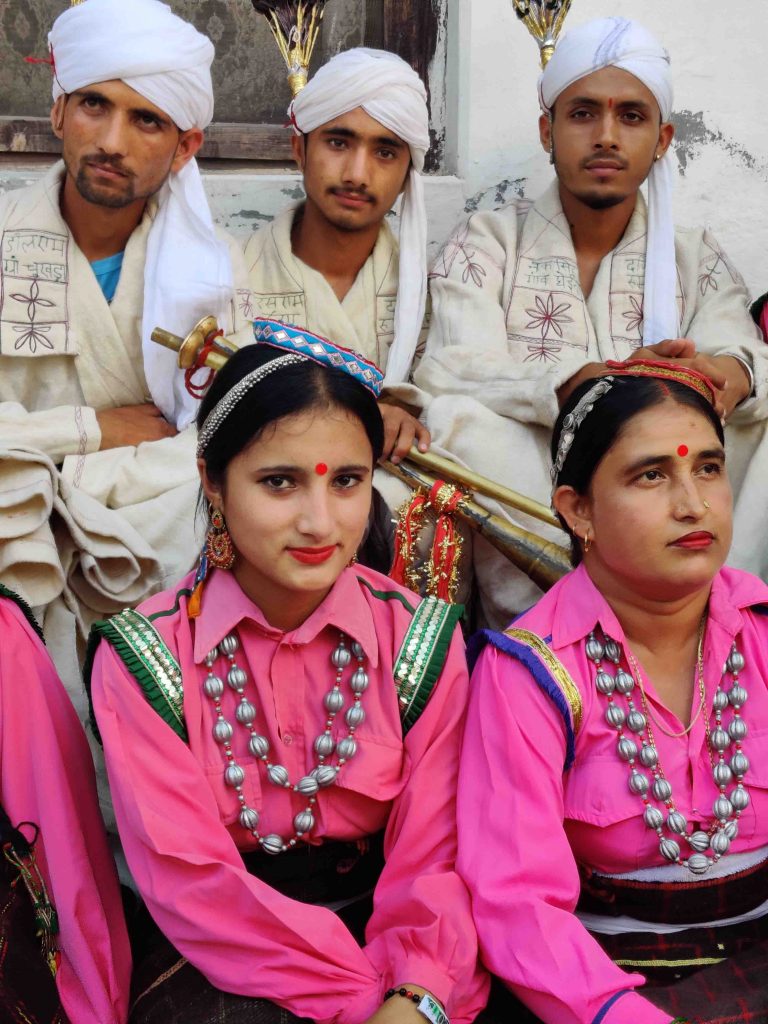 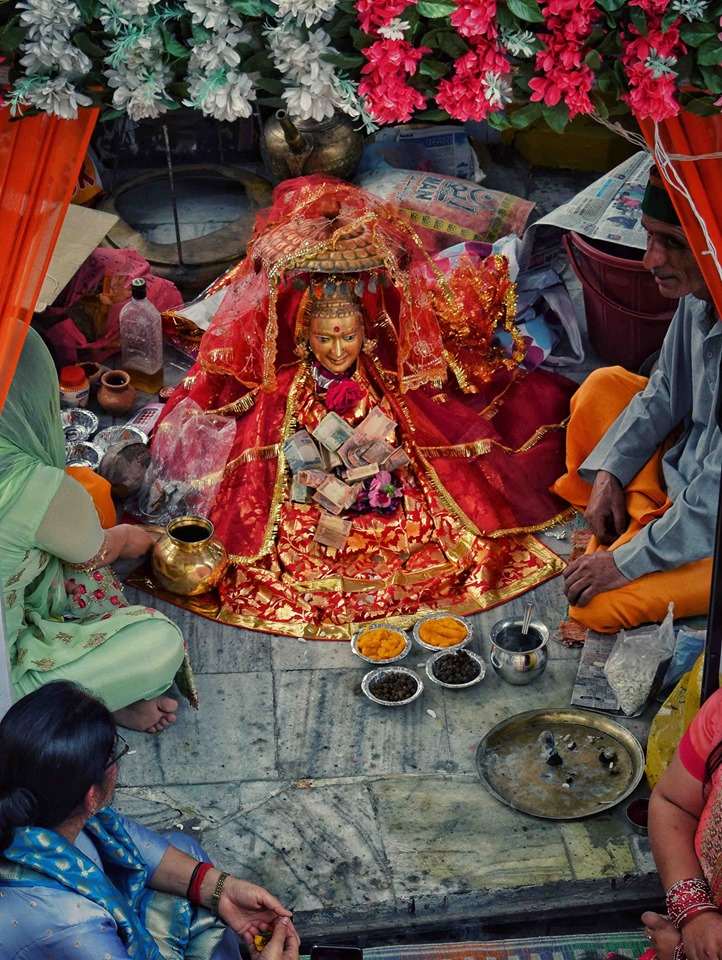 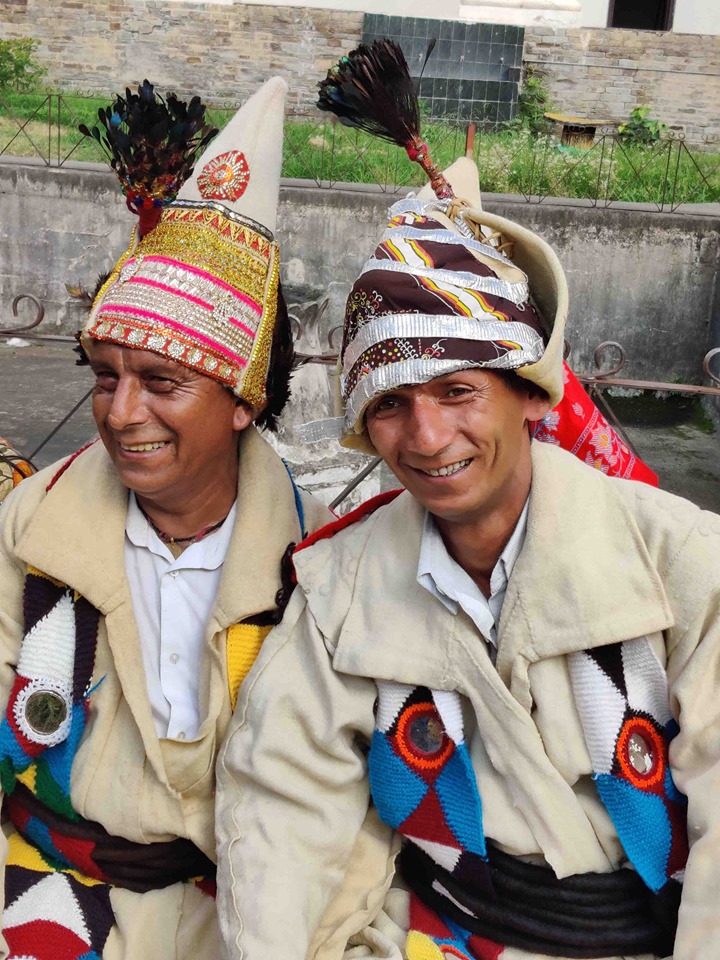 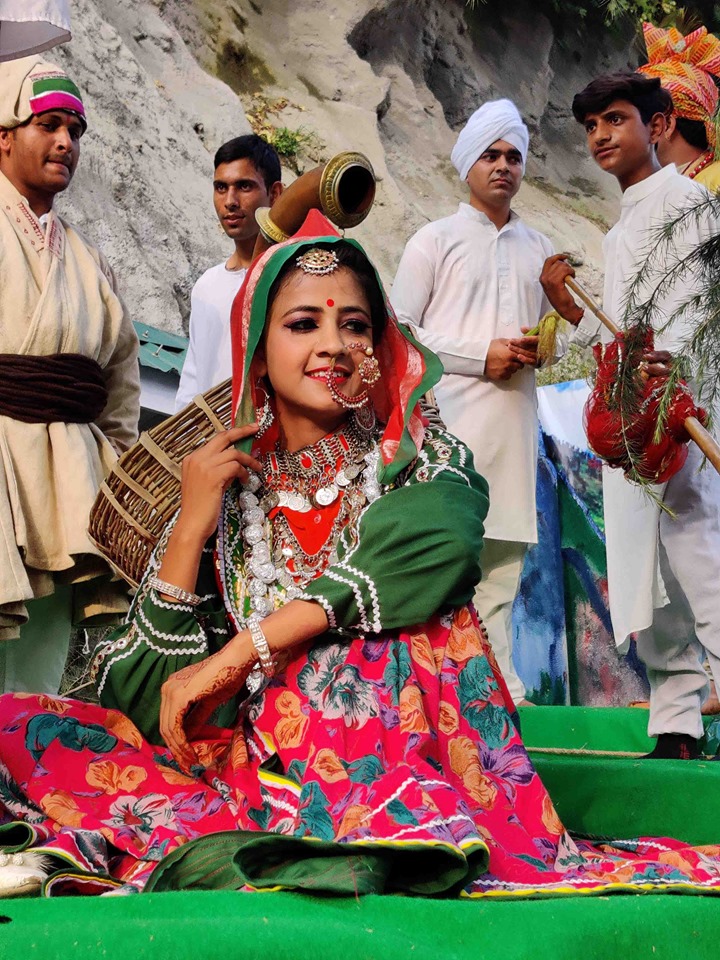 There was a tradition of pushing a live buffalo into the river Ravi at the end of the procession to determine how auspicious the following year would be. If it was carried away and drowned in the current of the river, it was considered as the offerings were accepted by the Gods and regarded as good luck. If the buffalo would swim safely to the other side; that was also considered auspicious as it represented that all the sins of the valley were transferred to the other side. However, if the buffalo ended up on the same side, it was considered a year of great hardships and troubles.

This tradition was abandoned in the 1944 AD.

The celebration of Minjar brings a week of various cultural and social programs. During the week, the excitement and the joy of the festival are very evident all around Chamba. Various stalls and exhibitions are set up at Chowgan. Artists and performers come from all over Himachal and each night there is a special performance. During the day, various cultural and sports competitions are organized in which students, artists, sportsmen from all over the country participate. 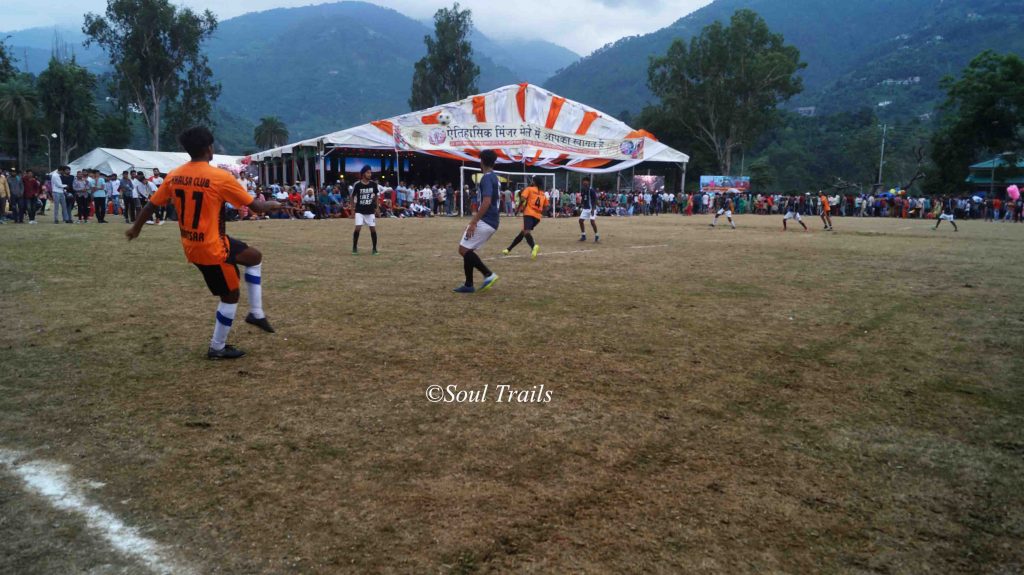 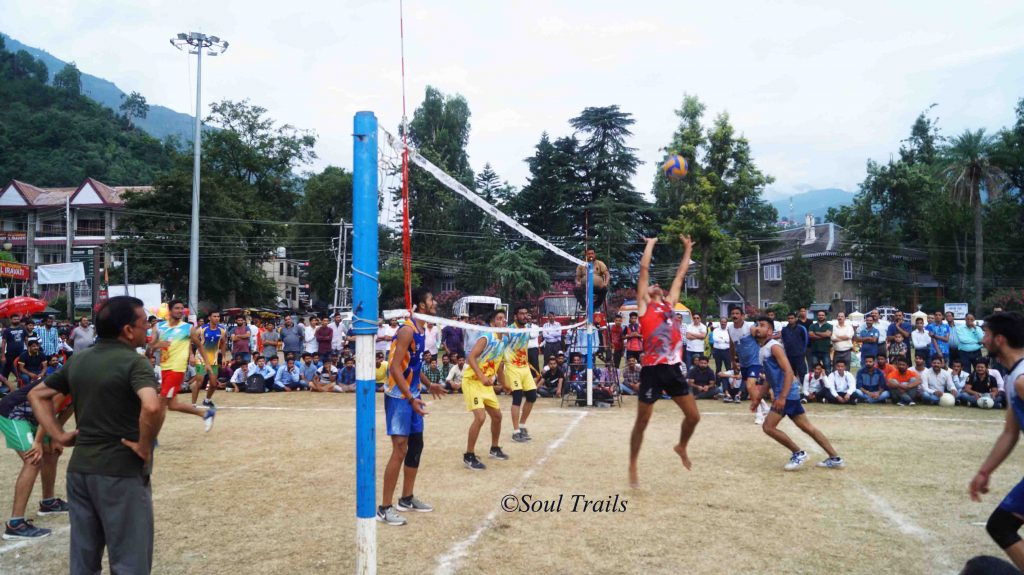 There is also a wide range of Chamba’s famous handicraft and cuisine available as well. Minjar is the time when you will find best bargains on the famous Chamba Rumal, Chamba Chappal and Chamba Thal (metalware).

During my stay of 4 days, I didn’t find even a single dull moment at Minjar!

P.S: Your visit to Minjar is incomplete without feasting on ‘Chambiyali Dham’ – the authentic cuisine of Chamba.

The Story of Mirzas of Chamba

Any mention of Minjar and its origin is incomplete without the story of Mirzas of Chamba.

Why you must visit Minjar

If local culture and traditions fascinate you then Minjar Festival of Chamba is a must-visit for you. The very fact that these traditions develop over time and entwine themselves with the culture and day to day life of a place is a beautiful thing. That’s the source of how a city or a town becomes famous for its cuisine, art or occupation. There is no better way to have a wholesome experience of Chamba’s culture than Minjar. 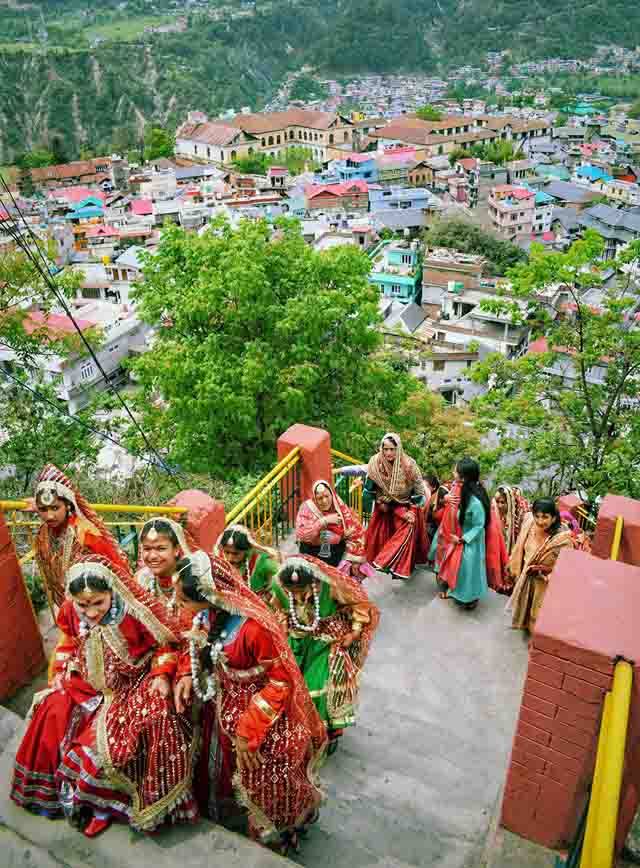 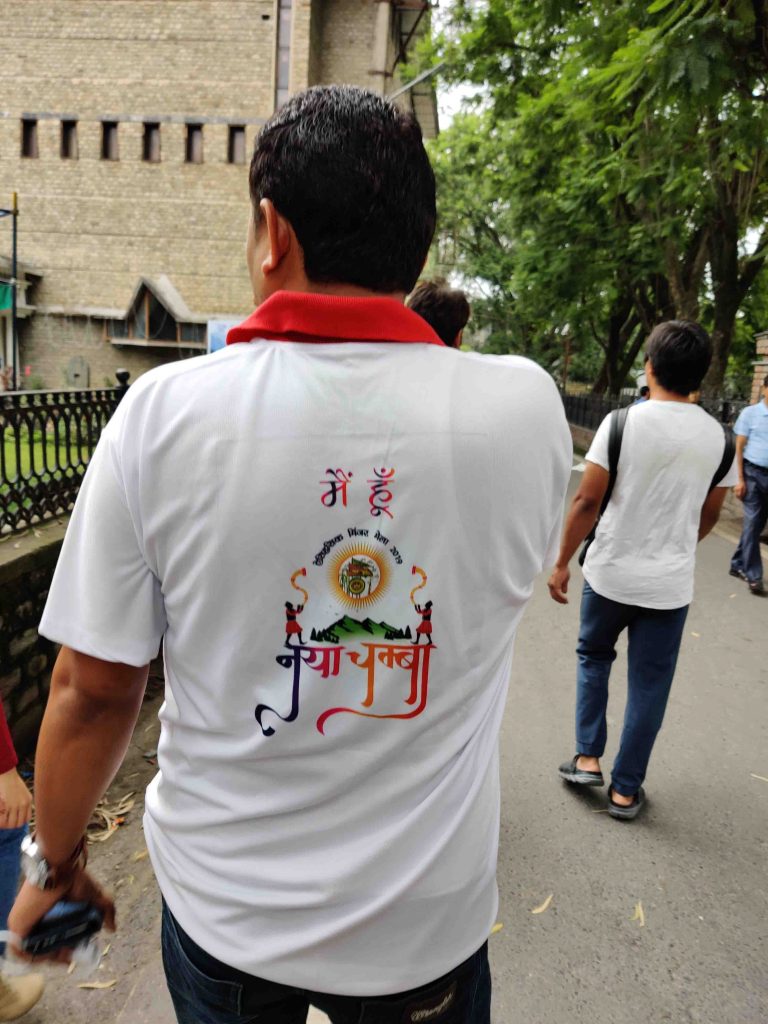 A new Chamba working together to revive their culture

Though for me, the most interesting aspect was to see how involved the youth of Chamba is in reviving their culture with new vision and art. Experiencing Minjar was such a delight! 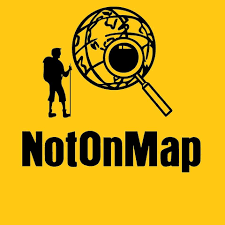 Do you also believe that festivals are the best way to observe the local culture? If yes, then you must read about the famous Hemis Festival of Leh. Click on the link for Hemis Festival, Leh!